Graphene, a monolayer of carbon atoms arranged in a two-dimensional hexagonal lattice, is one of the most promising engineering materials due to its excellent mechanical, thermal, and electrical properties. As the large scale applications of graphene concerned so far are typically polycrystalline and each grain boundary of polycrystalline graphenes has different mechanical properties and failure mechanisms. To describe the GB structure, two ideal layers of graphene represented by two periodic translation vectors (nT,mT) and (nB,mB)of top and bottom layers along the defect line as (nT,mT)|(nB,mB) can be used. A square-shaped bicrystalline graphene with size of about 200 Å×150 Å is modeled, of which a GB is located along the horizontal axis. Non-periodic boundary conditions are applied to all the boundaries of the simulation box. The interaction between carbon atoms is described by the adaptive intermolecular reactive bond order (AIREBO) potential.

Movie: Fracture along a grain boundary of graphene under mixed-mode loading.

Metals, which is low cost yet possess excellent properties are the most widely used materials on earth. They are usually used in polycrystalline form which consists of many small crystallites and interfaces between them are called "Grain Boundaries" (GBs). These GBs play a crucial role in determining materials properties at macroscopic as well as microscopic scales. Understanding how the GBs structures influence materials properties has long been a vast research fields with various engineering applications. As the most popular structure materials, fracture and deformation behaviors of metals is naturally of great interest. Computer simulation has become more and more powerful to describe these phenomena. A simulation box about 150Å x 200Å x 7Å was built to describe a Ni bicrystal with GB located along horizontal axis. The Boundary Conditions are Non-Periodic and interaction of atoms are described by Embedded-Atom Method (EAM) potential. 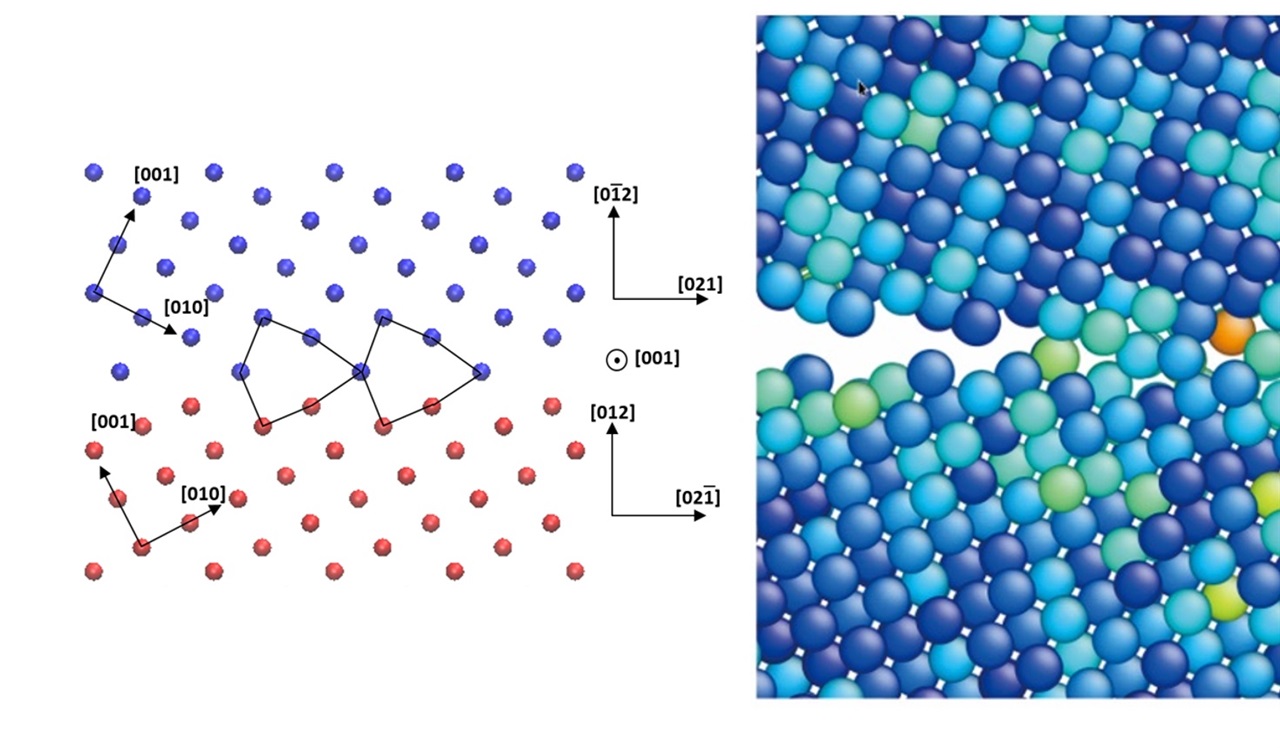 Figure: Fracture along a grain boundary in face-centered cubic Nickel under mixed-mode loading.