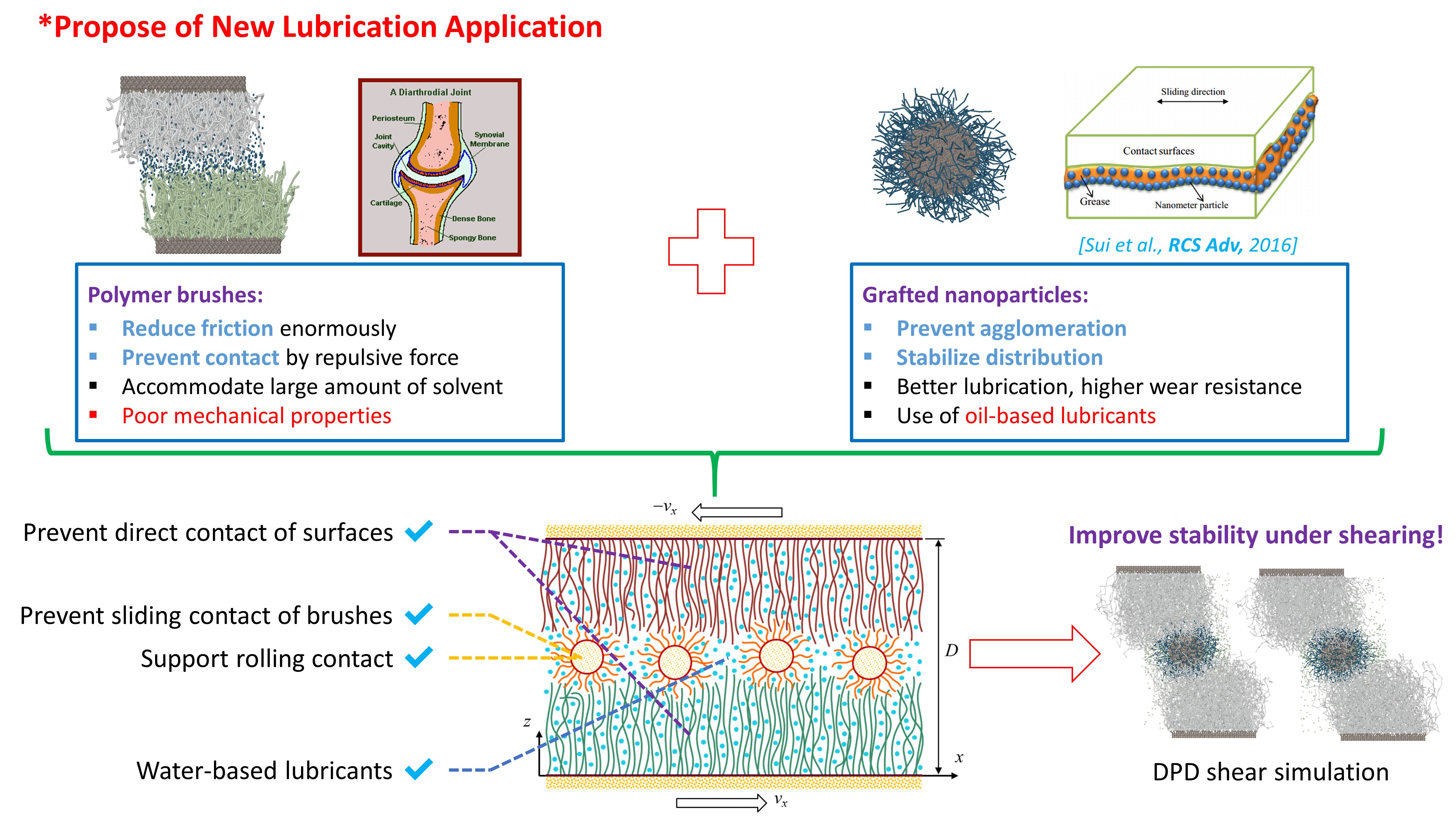 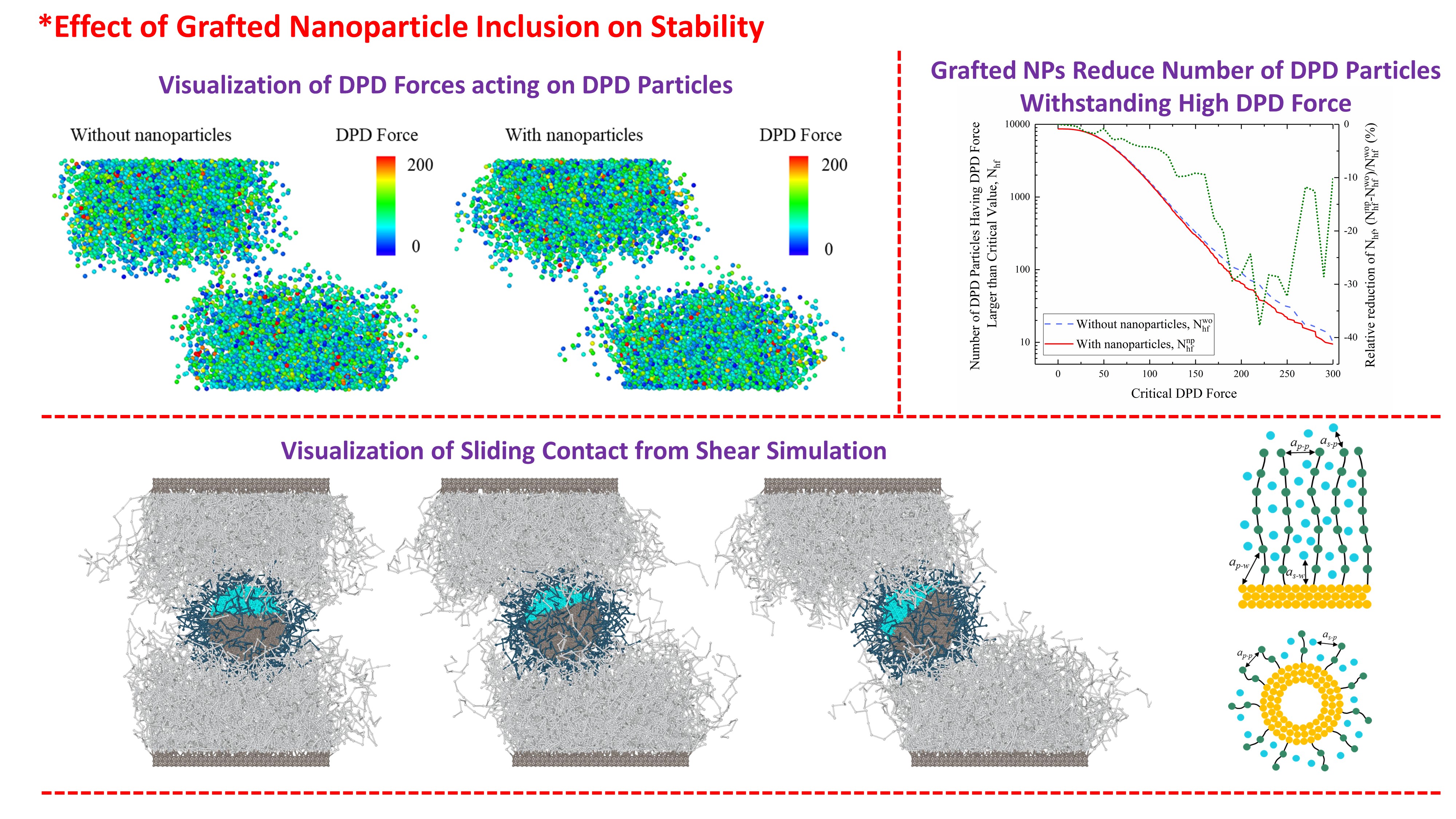 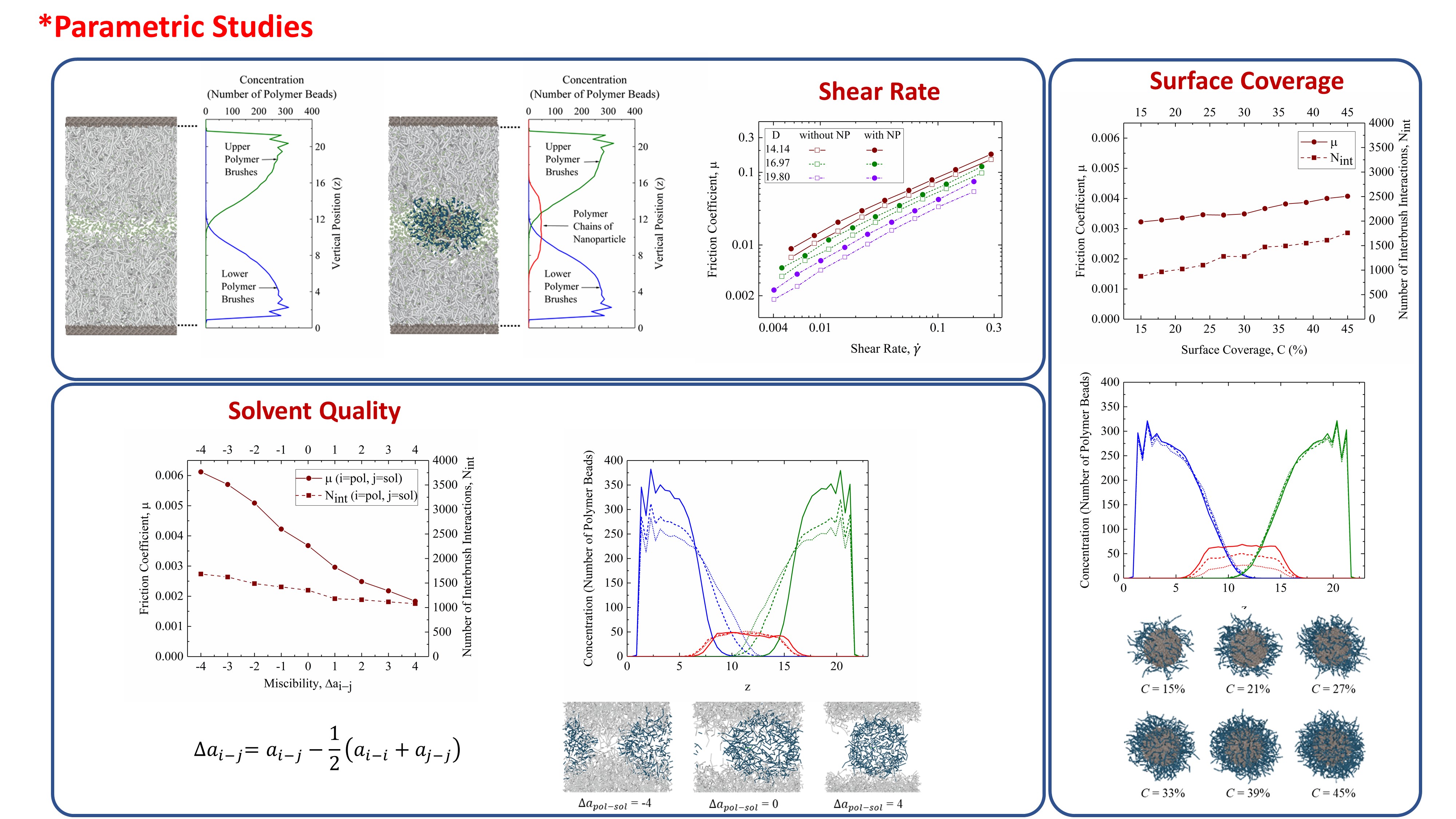 Scale Bridging from Atoms to Continuum

When atomistic simulations or atomic resolution experiments are carried out to analyze deformation energetics of atomic lattices near a crack tip, the results of the atomic positions and the total energy of the system have not been systematically converted to field quantities such as stresses or tractions near the crack tip. In this study, we introduce a mathematically consistent way of defining and measuring the cohesive tractions, separations and surface stresses in an atomic decohesion process zone using the atomic displacement data at some distance away from the crack tip. The method is called "nano-scale planar field projection method." This is a generalization of the method developed for isotropic homogeneous solids by Hong and Kim (2003). The formulation introduced here is applicable to interface cracks between anisotropic solids as well as to cracks in homogeneous solids whether they are anisotropic or isotropic. The field projection method is then applied to a crack tip field in gold, simulated atomistically. The atomistic simulation is made with an embedded atom method (EAM) potential for a crystal decohesion along [112] direction in a (111) plane. 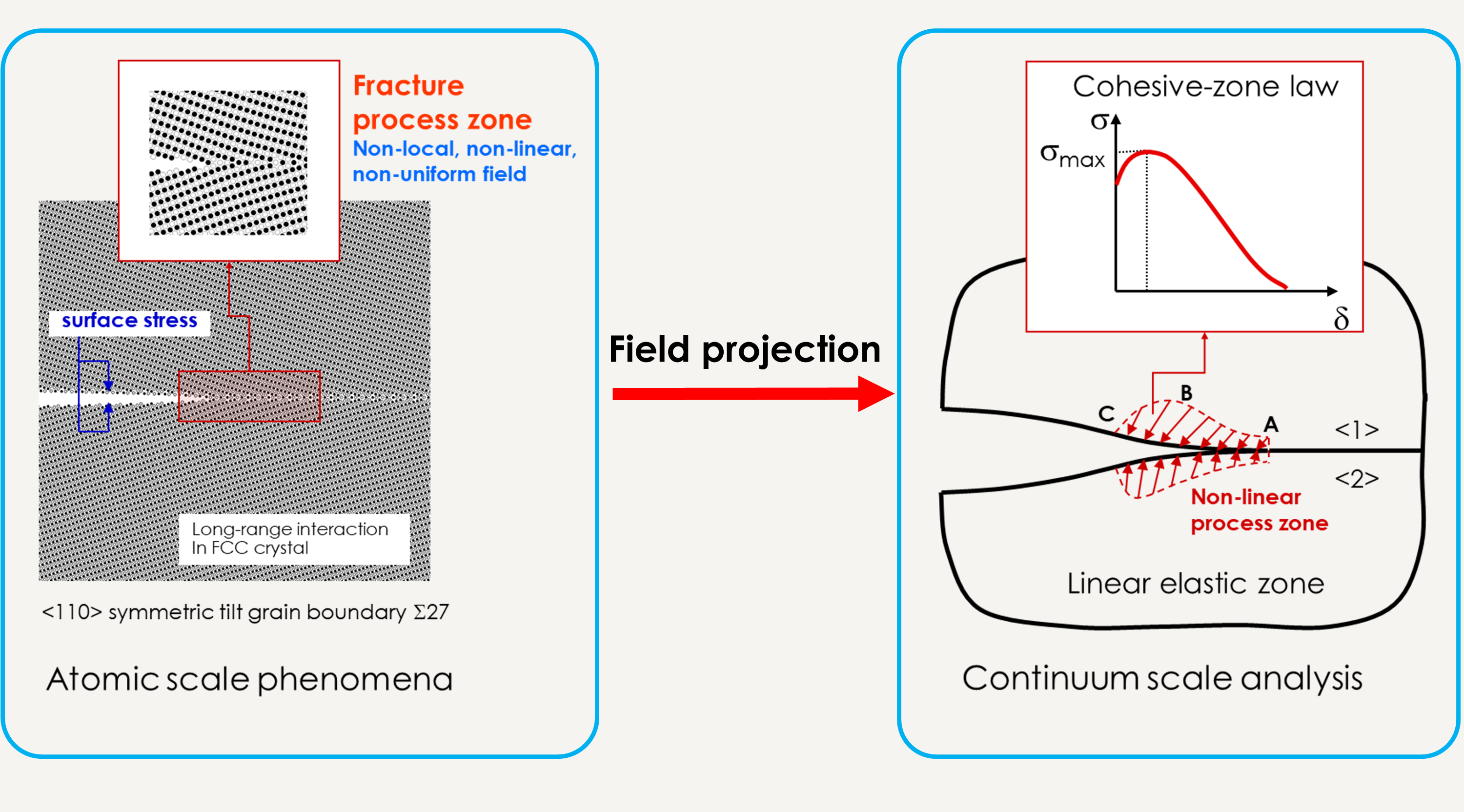 Figure: Schematic illustration of field projection method, in which the cohesive-zone law can be obtained from MD results for continuum-scale applications.